Visionary Programmer and Architect of BitShares, Steemit, and EOS

Dan Larimer is a programmer and the visionary creator behind BitShares, Steemit, and EOS systems. A tech genius and entrepreneur, he specializes in blockchain technology, cryptocurrency, decentralized exchanges, and economic systems. Dan’s stated mission in life is: “to find free market solutions to secure life, liberty, and property for all.”

Daniel Larimer graduated from Virginia Polytechnic Institute and State University with a Bachelor of Engineering (BE) in Computer Science in 2003. He became interested in blockchain technology during the early days of Bitcoin in 2009, and began communicating with Bitcoin founder, Satoshi Nakamoto, on a Bitcoin forum. Larimer was concerned about the number of centralized exchanges that were being arbitrarily closed down in those days, and became convinced of the need for “decentralized” exchanges.

His first invention was the decentralized network BitShares, along with BitUSD, the first trustless cryptocurrency tied to the dollar.

For more about EOS, click on the link to see a fascinating and informative interview with Dan Larimer.

Companies and Inventions of Dan Larimer

Larimer developed the blockchain technology known as Graphene, which powers the decentralized network BitShares (2014), the Steemit token cryptocurrency (2016), and Steemit, a social networking site built on the blockchain. His latest endeavor, the EOS cryptocurrency and platform, has been one year in development and is coming to launch date. He’s also the CEO of Cryptonomex, Inc., which is a blockchain technology consulting company that was founded with his father, Stan Larimer.

BitShares is a real-time public financial platform. It offers a “decentralized exchange” for cryptocurrencies, resembling the New York Stock Exchange. A decentralized exchange uses a large network of computers for its operations, in which anyone with a computer can participate. It eliminates the need to put trust into one central authority for handling all the money, and is based on blockchain technology, which makes decentralized exchanges possible. The BitShares cryptocurrency token, BTS, can be used to receive payments for network operations and as loan collateral. BitShares has been a part of Microsoft Azure Blockchain as a service package since 2016.

History of the BitShares Exchange and DPOS

In 2013, while working on designing a decentralized cryptocurrency exchange, Dan Larimer came up with the concept that became BitShares. He discussed his ideas with other cryptocurrency enthusiasts, including Charles Hoskinson (later co-founder of Ethereum and Cardano), who helped to develop the project and set up a business plan.  Li Xiaolai, a Chinese Bitcoin multi-millionaire, agreed to fund the revolutionary project. From there, Larimer and Hoskinson founded their company, Invictus Innovations, and in late 2013, they presented the BitShares concept at the Atlanta Bitcoin Conference.

In the process of creating BitShares, Larimer came up with an alternative to cryptocurrency mining in the form it was practiced at the time, which he felt had some serious flaws. So he decided that his projects would utilize a different method called DPOS (Delegated Proof of Stake), a simple algorithm that anyone could use on their personal computer.

In 2015, Dan formed a company called Cryptonomex with some of his BitShares developers, seeking to find solutions to some of the major obstacles for BitShares 1.0 and other blockchains, namely, scalability and performance. Six months later, Cryptonomex released BitShares 2.0, based on Graphene, the name of their new blockchain software system. Graphene was capable of 100,000 transactions/second, and the most advanced model of governance ever.

Main Features of the BitShares Platform….Speed

The BitShares platform can process 100,000 transactions per second, and more under optimal conditions. Let’s compare that with our Visa card, provided by one of the largest financial institutions in the world, which can handle on average 2,000 transactions/second, and a maximum of 24,000/second. 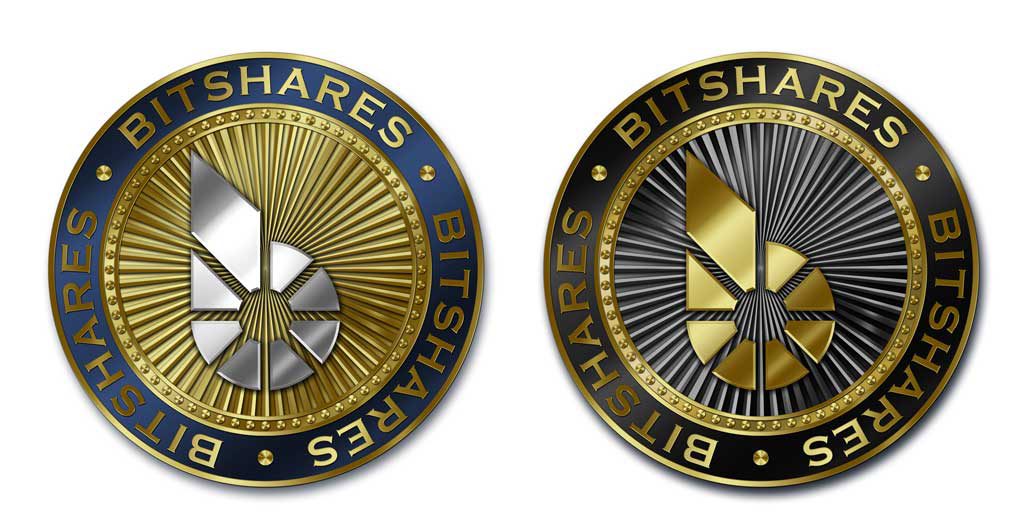 Traditional cryptocurrency exchanges have their own central servers which store and control all funds, whereas BitShares provides its users with a decentralized exchange for their financial trading, called a DEX.  Central exchanges have encountered numerous problems and risks, such as theft, hackers, and closures. When traders use a DEX, they are in full control of their own money by means of their users’ private keys, like strong passwords for an email account, and the DEX itself has no access to these keys. Thus, a DEX is safer from attacks.

Another safety feature employed by BitShares is that it is set up to be controlled by multiple accounts, similar to the multiple permissions required in real life organizations. Again, this creates a system that is less vulnerable to hacking or theft. Users also get rewarded for bringing new users to the platform, since more users increase the security of the entire network.

Innovations on the BitShares platform

It’s possible for users to create their own custom tokens on BitShares, to be used, for example, to operate a crowdfunding campaign for a startup or to promote their business. The user can decide on the details, such as the name and initial distribution of the token, the trading fees, and other things.

Users have their own self-defined wallet addresses, similar to an email account or other usernames on the Internet.

BitShares maintains a reserve pool of funds where it collects the transaction fees. Besides spending these funds on upkeep and improvements to the network, any user can ask for funding from the pool for a proposed project. Approval for this type of project will be decided by a vote among other users. This set up allows the platform to be self-sustaining and less reliant on outside funding.

While still not as well-known as other popular platforms like Ethereum, BitShares already has many companies building on its platform, who find it best-suited for their needs.

On his blog, Dan Larimer says, “BitShares is so many things to different people and there are a thousand different ways of understanding what BitShares is.” BitShares is not the easiest concept for most people to grasp. It’s been called an invention ahead of its time. For simplicity’s sake, it can be regarded as a network and a community, a bank, a ledger, a currency and an exchange.   It’s also a business and a software.  Dan Larimer even thinks of it as a country.

Bitshares is currently self-funded, self-regulated, and self-sustaining. It continues to be grown and maintained by a decentralized group of developers, who have been chosen through stakeholder elections, and are hired directly by the blockchain. At present, Bitshares shareholders have a funding pool worth $290 million of BTS.

Steemit is a social network website built on the Steem blockchain, where users earn virtual currency income for interesting content and comments on the site.  It was founded by Ned Scott, of Appics Social Media and a former financial analyst, and Dan Larimer.

One Steemit blogger commented, “Whereas existing social media sites use ad sales to make the founder rich, Steemit is more like a family where thoughts are ‘exchanged’, stories are told, and passion is shared.” 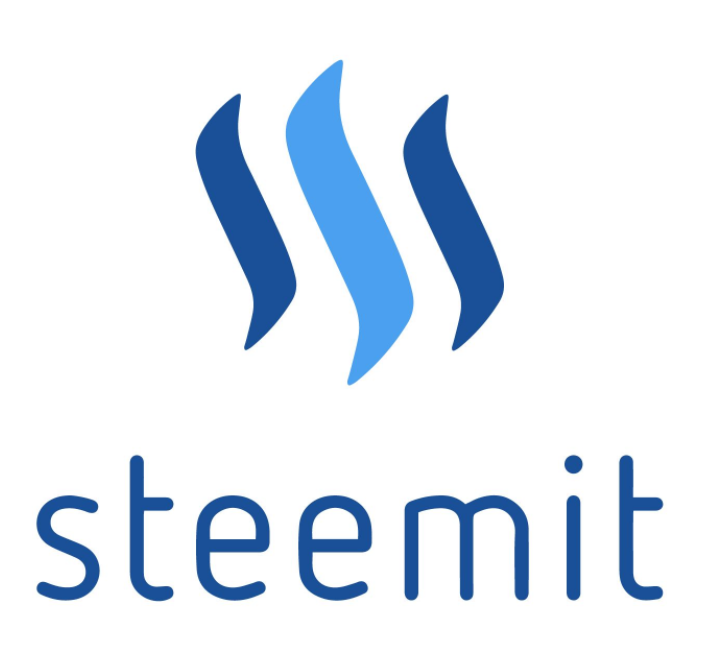 The History of Steemit

Steemit, Inc. was officially launched in 2016.  Dan Larimer and Ned Scott got the idea for the blockchain-based social media site in January of 2016, and with the Graphene framework already in place after BitShares, Steemit was ready to launch by July of the same year.

There was a group of early miners and people who contributed content during the pre-launch, while the Steemit development team used that time for testing, and to eliminate any bugs before the launch date, when an influx of new users was anticipated.  On the launch date, July 4, the preliminary participants were instantly rewarded with $1.3M worth of Steem Dollars that they had earned for their posts.

Around the same time as its official launch, the platform was hacked, and attackers affected about 260 accounts and stole $85,000 worth of Steem. Only a few hours later, the situation was rectified, and all compromised accounts of over US $100 were secure again. Users were able to reset their passwords and gained full access to all of their funds. Since then, more people continue to sign up and participate on Steemit.

The Steem Monetary System- One Currency in Two Forms

The first form is Steem Power, which provides leverage for the user on the social media network. The more Steem Power one accumulates, the greater their voting power. It offers motivation for long-term interest and commitment to the platform.

The second form is Steem Dollars. Writers who post quality content on Steemit earn Steem Dollars, and these can be converted back into the base Steem cryptocurrency over a 7-day time period. This time period allows the platform to protect its currency value from fluctuations.

How Steemit Rewards and Earnings Work

There are two ways to earn income on Steemit.

The first is by writing a great blog post. If that article gains upvotes from other users, a proportionate amount of Steem will be given to the author.

Moreover, not every vote on the site is worth the same. Rather, the amount earned is based on both the number of votes an individual receives, plus the level of Steem Power each of their voters have. One voter could have 1,000 Steem Power, while another has 5,000 or 10,000; the greater the Steem Power, the greater the impact. Therefore, a vote by someone like Ned Scott or Dan Larimer, for example, who have a lot of Steem Power, could affect a post by hundreds of dollars and attract many more voters to the post in the process. This has resulted in something called the “whale chasing culture,” whereby writers try to chase down the big players to get their votes.

The second way to earn is by voting, which is rewarded in the form of Steem Power. More Steem Power is received by voting for a successful post, rather than for one that does poorly, which is an incentive to vote only for high-quality content. Voting by one participant for multiple posts also decreases the value of each vote, depending on the time between votes. So this feature also provides motivation for users to be choosy in how they use their voting power.

Content creators receive their initial earnings about 12 hours after the article is posted, and a second round of earnings is issued a month later.

Building on the Steem Platform

Not only has the Steemit social media site experienced fast growth, the Steem blockchain itself is booming.  According to Ned Scott, “The people showing up to use this are going directly to the blockchain. What we set out to do is build an ecosystem, and that’s exactly what’s happening.” Entrepreneurs and programmers have already set up 50 new tools and services, like SteemMarket, where users can buy, sell, or rent goods with Steem.  This makes it easy for participants to spend their earnings on a vacation or a new refrigerator.

One of the key aspects of a blockchain system like Steemit is strong security. Steemit utilizes a delegated “proof-of-stake” system, another of Larimer’s innovations, where the community as a whole vote in the individuals who will be responsible for verifying transactions. Steemit calls these individuals “witnesses”, there are 21 in all, and this is a paid position. We can think of “proof-of-stake” as similar to a democracy and the witnesses resemble U.S. Congressmen elected by the people they serve. However, if a witness doesn’t do his job properly, unlike a Congressman, he can be fired.

After creating Bitshares and Steemit, Dan Larimer moved on to develop EOS.IO, a system he expects to be long lasting and that will become the foundation on which he can build future inventions.

EOS is being developed by a company called Block.One, and is planned to launch on June 1, 2018, after the longest running ICO (Initial Coin Of